On the sixtieth anniversary of Brecht’s death, the IBS Symposium turned its attention to ‘Recycling Brecht’, exploring the myriad ways in which Brecht can be viewed as both recycler and recycled. Participants were invited to reflect, on the one hand, how Brecht engaged in a process of ‘recycling’ through his tendency to revamp and recalibrate diverse source materials. On the other hand, the theme encouraged a consideration of how Brecht’s ideas and practices have been re-thought, re-imagined and adapted.

The International Brecht Society (IBS) and the Writing Brecht project at the University of Oxford, in association with the Oxford Research Centre in the Humanities (TORCH), hosted scholars and artists in theatre, performance, and other cultural fields at the 15th IBS Symposium on 'Recycling Brecht' from June 25-29, 2016.

Some 150 Brecht specialists attended the symposium, with over 100 papers on 'Recycling Brecht'. These were on themes including: Brecht Abroad (from South America to the Indian subcontinent); Brecht as Recycler (with special sessions on the Modelbooks and the Lehrstück); Brecht in recent and contemporary German theatre (including Castorf's Baal scandal); filmic, visual and technological recycling; Teaching Brecht; and Brecht and Translation.

A broad programme of cultural events accompanied the academic programme, including a production of a new version of Fatzer: Downfall of an Egoist, a song recital by Robyn Archer, and a performance by mezzo-soprano Lore Lixenberg of Brecht songs including newly commissioned settings by composers Niels Rønshold and Richard Thomas. John Hanse and Phoebe Zeitgeist Teatro contributed experimental theatre performances and the programme also featured short films and a cabaret evening by Sphinx Theatre.

The IBS was founded in 1970 on the model of Bertolt Brecht's own unrealised plans for a 'Diderot Society'. A non-profit, educational organisation with a world-wide membership, the Society promotes the performance and understanding of Brecht's texts and addresses issues of politics and culture in contemporary life. It also encourages and supports local, national, and regional groups with related goals. In Brecht's spirit of collaborative work, the IBS hopes that this Society will function as a clearinghouse, facilitating international contacts and exchange. It is committed to maintaining Brecht as a living force in the theatre as well as in the political and cultural arenas, so that he remains - as he wished - an 'unsettling presence'...

Click here for more information on the International Brecht Society. 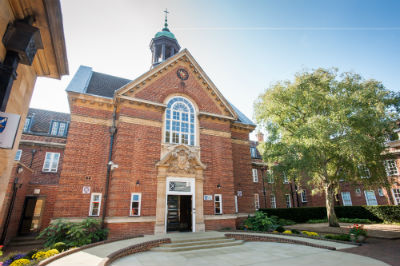